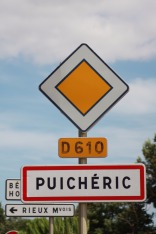 Produced from mature vineyards in the Comté Tolosan region in the maritime influenced south west of France. Clay and limestone soils dominate but the most important factor is the influence of the Atlantic which maximises freshness and acidity, resulting in vibrant, snappy whites made from Ugni Blanc and Colombard.

The grapes are picked at night and undergo a six hours skin-contact which helps develop flavour and texture in the wine. After a gentle pressing, the fermentation is carried out at cold temperature enhancing the subtle fruit flavours. Finally, three months ageing on its fine lees builds weight.